My guest blog for “My Reading Corner” 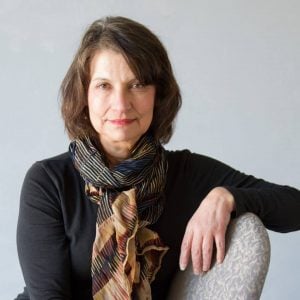 Butte, Montana is a mining town with a big heart. Like a lot of mining towns it has seen its share of tragedy, heartache, loss, and grief. Yet the people of Butte have an amazing capacity for resilience and generosity. I tried to capture this particular spirit of Butte in COPPER SKY. I wanted to show a community coming together to heal traumas, to make sense of pain, to learn, to grow, and to find the goodness in each other.
Two Butte tragedies bookend COPPER SKY: an 1895 warehouse fire and explosion that killed at least 51 people, and a 1917 mining accident where 168 men died. As I wrote COPPER SKY I thought about these tragedies and the ways that the traumas of our lives affect our choices. I wondered about traumas—not just our personal traumas, but also our parents’ traumas, the traumas of a town, a country, the traumas that happened before we were born—and the marks that they leave on our lives. Kaly Shane and Marika Lailich grew out of this wondering.
Orphaned and alone, after multiple hardships, Kaly turns to prostitution. When I wrote her character I thought about the experiences that might form a woman’s choices to live such a dangerous life. She, like many others, was a child, grown into a woman, trying somehow to survive a brutal world. I thought about how easily my own life, or any life, could slip over that one edge into something dangerous and terrifying, something that would make anyone lose heart. But Kaly doesn’t. She is a fighter and she wants more, if not for herself, then for her unborn child.
Marika Lailich, on the other hand, is bound by family obligations. She wants to study medicine and dreams of becoming a doctor. Her father has promised her in marriage to Michael Jovich. Although committed to her family, she fights her father on this. Her dream to be a doctor gathers little support, yet she pursues it anyway, something women have done for ages. She masters the art of creating something from nothing, a trait I learned from my own mother and grandmothers. My mother raised four children in a tiny house. My grandmother crocheted tablecloths from string. My great-grandmother painted roses on cardboard boxes. My paternal grandmother agreed to a prearranged marriage when she was fifteen, and somehow, made it work. Marika resists her marriage and begs employment from a local doctor. When tragedy strikes the town, she helps take care of the injured and opens her heart to love. 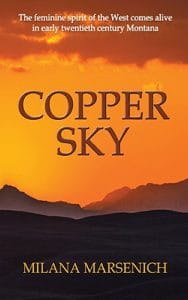 I like to say that COPPER SKY is a mining city love tale, filled with fierce, loyal, and disturbed love, love that is ultimately a reconciling force in a community laced with tragedy. Tragedy and trauma have the ability to break open our hearts, to make them bigger, and transform us. If we are willing, they teach us to love more deeply and honestly, to find the courage to reach out, help others, build our dreams, and ultimately heal our wounds. Mining towns are filled with this of this kind of courage. I hoped to instill this very kind of courage in Kaly and Marika who, against all odds, overcome hardship and find love. They have a big job to do, but I think they are up to it.
Share on FacebookShare on TwitterShare on LinkedinShare on Pinterest